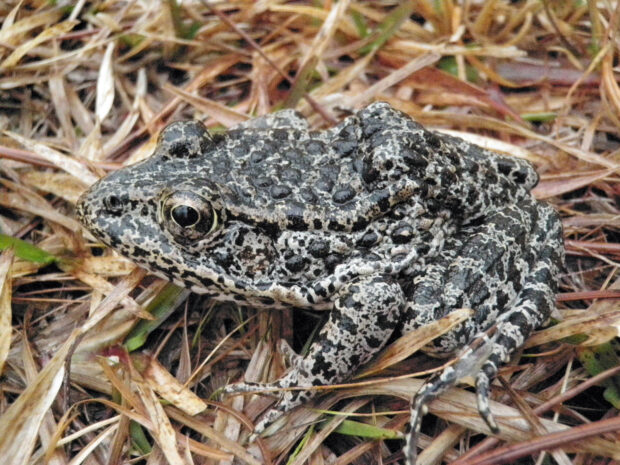 A designation of critical habitat for the dusky gopher frog, now residing mostly in a single Mississippi pond, prompted a legal battle that reached the Supreme Court, contributing to the restrictive Trump-era definition of habitat (photo by John A. Tupy).

Greenwire reports that the Fish and Wildlife Service (FWS) submitted a new rule for White House review, a step toward undoing a Trump administration rule redefining critical habitat under the Endangered Species Act.

The new rule would cancel the Trump-era rule that eliminated habitat that had once supported endangered species. Last year, the FWS determined that the Trump-era definition would “inappropriately constrain” FWS’s ability to designate areas that meet the definition of critical habitat.

The Trump administration rule “neither stemmed from the scientific literature nor had a clear relationship with the statutory definition of ‘critical habitat,’” said an FWS statement.