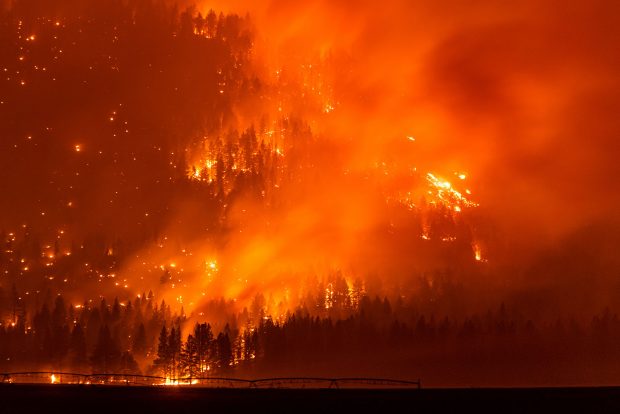 A severe wildfire burns in California.

A peer-reviewed study published in September finds that severe wildfires were less common during the past three decades than they were prior to the 20th century.

William Baker, professor emeritus at the University of Wyoming, authored the study, and his analysis shows, “The rate of recent high-severity fire in dry forests is within the range of historical rates, or is too low, overall, across dry forests and individually in 42 of 43 analysis regions.”

Baker told E&E News, “Recent severe fires have not increased because of mismanagement of dry forests or unusual fuel buildup since these fires overall are occurring at lower rates than they did before 1900.”

The Forest Service declined to comment for the E&E News article, citing former Chief Tom Tidwell’s testimony in April, when he told a House committee that forests are at risk “due to uncharacteristically severe wildfires.”