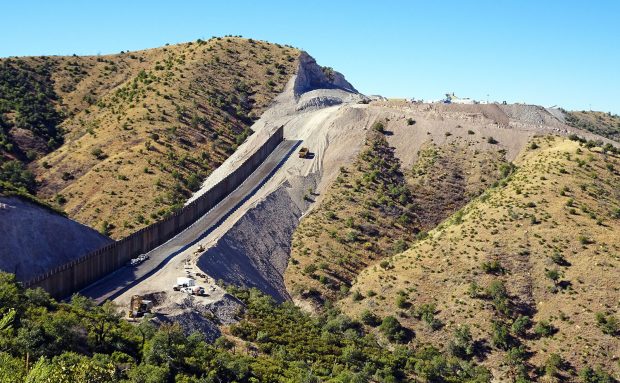 Donald J. Trump’s environmental legacy will be remembered as one of the most destructive in the nation’s history. While he and his enablers unleashed a preponderance of their environmental attacks through the Bureau of Land Management and the Environmental Protection Agency, the Forest Service did not escape the last four years unscathed.

Some of the most visible, long-lasting damage to come out of Trump’s presidency occurred in southern Arizona’s Coronado National Forest. Trump declared a national emergency in 2019 and renewed it in 2020, empowering himself to divert military funds to build his border wall.

The Trump administration also weaponized the Real ID Act of 2005, which granted the Department of Homeland Security the authority to bypass environmental and cultural protection laws to accelerate border wall construction in California. Because the waiver authority was not limited to a specific time and place, the Trump administration used it to accelerate border wall construction in Coronado National Forest.

Under this Bush-era legislation, the Trump administration waived 62 laws, including the National Environmental Policy Act, which requires a multi-year assessment of environmental impacts for any project of this size. 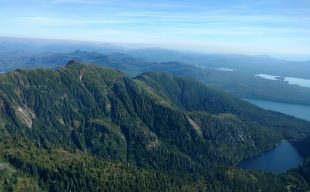 Trump also targeted the country’s largest National Forest, the Tongass, in southeastern Alaska. Under Trump’s leadership, the Forest Service stripped protections from the Tongass. The administration exempted 9.2 million acres in the National Forest from the 2001 Roadless Area Conservation Rule. The Trump action allows construction of new roads to facilitate commercial logging and mining in the most pristine areas of the Tongass, which includes large swaths of the world’s largest temperate rain forest.

Commercial exploitation of natural resources implies financial gain, yet opening the Tongass to industrial development has already proven to be a losing enterprise. A study by the nonpartisan Taxpayers for Common Sense found that, since 1980, Tongass timber sales have cost taxpayers $1.96 billion in corporate welfare while generating $227 million in revenue.

The Trump action also played fast and loose with federal law. A study by the Congressional Research Service determined that the Forest Service skirted the law by not analyzing the effects on natural resources, such as fish populations, wildlife habitat, and water quality. An audit by the Department of Agriculture Office of Inspector General found that the Forest Service also illegally allowed the State of Alaska to use federal funds to lobby for the exemption. Now that Trump has left the building, the White House has ordered a review of the action. 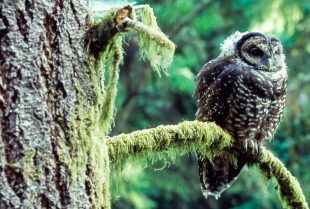 In 1994, the Clinton administration implemented the Northwest Forest Plan in response to over-harvesting of old-growth forests, which threatened northern spotted owl populations. While the plan was criticized by both environmentalists and timber industry representatives, it de-escalated the Spotted Owl Wars of the ’80s and ’90s, prompting stakeholders to collaborate on public forest management instead of confronting one another on public lands, sometimes violently.

An ongoing point of contention has been the U.S. Fish and Wildlife Service (FWS) critical habitat designation for the owls, listed as threatened under the Endangered Species Act. Timber harvesting is precluded in critical habitat, and even with 9.6 million acres protected since 2012, owl populations have continued to decline. As a result, the U.S. Fish and Wildlife Service (FWS) ruled in December that the northern spotted owl should be reclassified from threatened to endangered, but the agency declined to act on that ruling because of “higher priority actions.”

In January, amid a barrage of last-minute attacks on environmental protections, the Trump administration pushed the FWS in the opposite direction, slashing more than 3.2 million federal acres from the northern spotted owl’s critical habitat. The New York Times reported that the action was implemented at the direction of Trump Interior Secretary David Bernhardt and was not supported by the agency’s own analysis.

In August, the FWS had proposed excluding 204,653 acres from the owl’s critical habitat. Expecting the smaller exclusion, environmental groups expressed shock and outrage at the move — widely viewed as a parting gift from Trump to the timber industry — and vowed to challenge the designation in court. Susan Jane Brown, an attorney with the Western Environmental Law Center, said the move undermines collaboration that has “increased the pace, scale and quality of forest restoration in our region, resulting in not only improved forest health but also community socioeconomic resilience.”

The FWS acknowledged, “It does not appear that designation of critical habitat in 2012 had a significant incremental depressive effect on subsequent Federal timber harvest.” Nonetheless, the Trump administration justified the decision by prioritizing “the needs of the local tax and economic base” and “the custom and culture of the citizens most impacted by a critical habitat designation.”

“We absolutely can, and do, have a sustainable timber industry and protections for wildlife where successful collaborative efforts have made that possible,” Brown said. “But reigniting the Spotted Owl Wars by callously eliminating habitat essential to preventing the owl’s extinction will make that good work next to impossible.”