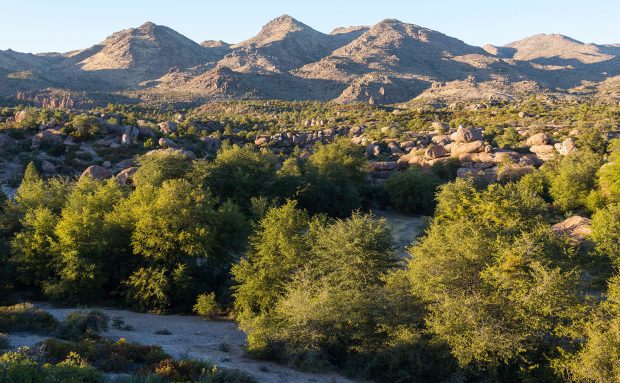 As reported by The Arizona Republic, FSEEE Executive Director Andy Stahl criticized the Democratic Party for putting its political gain ahead of Native American religious objections to a proposed massive copper mine on the Tonto National Forest.

The proposed mine would destroy an Apache sacred site at Oak Flat east of Phoenix, and on Feb. 4, Apache Stronghold asked a federal judge to halt the project.

A land swap to allow the mine was approved in December 2014 with a last-minute rider attached to the 2015 National Defense Authorization Act (NDAA) by the late Sen. John McCain. Former Arizona Rep. Ann Kirkpatrick, D, also supported the rider.

President Barack Obama signed the NDAA, clearing the way for Resolution Copper to receive 2,422 acres of Tonto National Forest land in exchange for 5,344 acres of private land. According to Wikipedia, an independent appraisal valued the Oak Flat parcel at more than $112 billion and the land exchanged for the parcel at $7 million.

The deal represents a “long history of a capitulation of the Democratic Party to (the copper mine’s) development in order to protect its seat in Arizona,” said Stahl.

In an Arizona Republic editorial, Dale Miles, a member and former tribal historian of the San Carlos Apache Tribe, wrote, “In 1970, the Magma Copper Company built a mine shaft on Oak Flat that you can see from the passing highway. No member of the San Carlos Apache Tribe said anything about it being a sacred site. … There was never any statement made by tribal members or tribal leadership.”