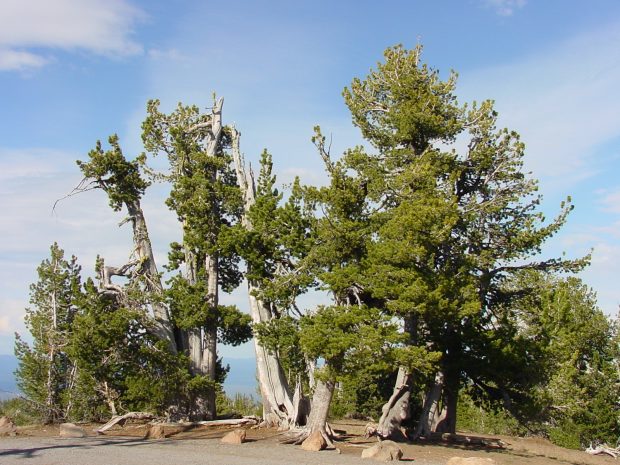 New proposed conservation protections for the whitebark pine, an emblem of the American West, would aim to bolster new and ongoing conservation actions for the species’ recovery so these unique trees, and the many plants and animals they support, continue to endure for future generations.

The U.S. Fish and Wildlife Service’s proposal to list the species at threatened under the Endangered Species Act is based on the results of a rigorous Species Status Assessment involving review of the best available science. A 60-day public comment period to help inform future conservation of this species will remain open through Feb. 1, 2021. Comments may be submitted electronically at www.regulations.gov by searching under docket number FWS–R6–ES–2019–0054 and clicking on the “comment now” button.

White pine blister rust, a non-native fungal disease, is harming native whitebark pine trees across the American West. Mountain pine beetles, altered wildfire patterns, and climate change are all negatively affecting the species’ health. These factors led scientists to conclude that after decades of decline, an estimated 51 percent of all standing whitebark pine trees were dead as of 2016.

The Service determined it is not prudent to designate critical habitat for whitebark pine because habitat loss is not a threat to this species’ continued survival. Whitebark pine is broadly distributed across a range of more than 80.5 million acres in seven western states (Washington, Oregon, California, Idaho, Montana, Wyoming, Nevada) and Canada.

Whitebark pine generally lives in cold, windy, high-elevation or high-latitude sites in western North America and also occurs in scattered areas of the warm and dry Great Basin (portions of California, Nevada and Oregon). The five-needled whitebark pine is considered a keystone species; its population health is closely tied to, and greatly influences, the population health of other native plants and animals. Healthy whitebark pine plays an important role in slowing runoff from snowmelt, reducing soil erosion, and providing high-energy seeds to birds and mammals. Whitebark pine provides food for grizzly bear and Clark’s nutcracker, among many other wildlife species.

Whitebark pine has been a candidate for listing since 2011.