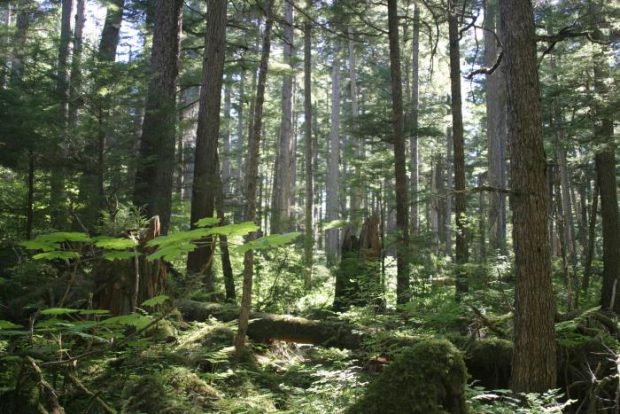 By Laurel Wamsley and Scott Neuman —

The Trump administration has cleared the way to open the country’s largest national forest to more development and logging.

In a revised environmental impact study made public on Friday, the Department of Agriculture recommends granting a “full exemption” for the Tongass National Forest, which covers some 25,000 square miles in southeastern Alaska.

The forest is currently protected by the Roadless Rule, a 2001 policy passed in the waning days of the Clinton administration, which has long prohibited development on 9.37 million acres of roadless areas, comprising about 55% of the Tongass.

“Acres removed from roadless designation would continue to be managed by the Forest Plan and in accordance with applicable statutory instructions,” the study says.

For the last two years, the administration has been working to lift the rule in the Tongass and open the forest to logging.

The study says the rule change, which could go into effect after a 30-day period, would not cause significant environment harm.

The rule change would make an additional 168,000 acres of the forest’s old-growth and 20,000 acres of young-growth available for timbering.

The forest plays a major role in the battle against climate change: The Tongass is an enormous natural carbon sink, holding an estimated 8% of all carbon stored in U.S. national forests.