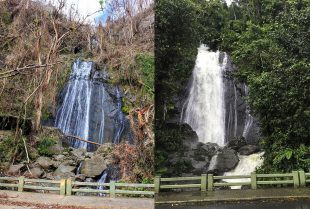 In September 2017, hurricanes Irma and Maria battered Puerto Rico just two weeks apart, causing heavy damage to the island and its famous forest. After Hurricane Maria, Grizelle González, a project leader at El Yunque’s International Institute of Tropical Forestry, told The New York Times, “The whole forest is completely defoliated.” The highest areas, above 3,000 feet, were the hardest hit and “might take a century to recover.”

In the aftermath of the hurricanes, El Yunque closed for repairs and restoration work, and with the forest canopy decimated, tropical sun scorched parts of the forest that had not seen sunlight in decades. After three years, workers have managed to reopen El Yunque’s roads, but many trails remain closed. The El Portal Visitor Center is expected to reopen in 2021, but only time will tell if all of the forest’s unique plant and wildlife species recover from the devastation.

Adding insult to injury, the 2021 budget proposed by the Trump administration would eliminate the International Institute of Tropical Forestry. Closing this important scientific research facility would be part of the administration’s plan to eliminate $22 million of funding for fish and wildlife research, supposedly justified by focusing the agency’s efforts on wildfire management. The move would also cut science staff to the tune of 287 staff-years, equivalent to 41 staffers, each with 7 years of experience.

The proposal will likely encounter opposition from Democrats in Congress. House versions of budget legislation are expected around early July so stay tuned.