Conservationists filed a lawsuit this week challenging a government ruling granting a water permit to a Canadian mining firm that wants to dig an open-pit copper and nickel mine in the Superior National Forest. The litigation claims the mine would threaten the headwaters of Lake Superior, which is the largest freshwater lake in the world. 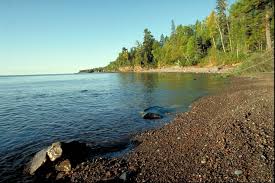 The suit, filed on Tuesday against the U.S. Army Corps of Engineers, alleges the mine would destroy nearly 1,000 acres of wetlands. The plaintiffs say that would constitute the largest destruction of wetlands in Minnesota’s history.

“It’s reckless for the Corps to allow massive wetlands destruction in the precious headwaters of Lake Superior,” said Marc Fink, a senior attorney at the Center for Biological Diversity, one of three groups suing the government. “They’re putting public health and the environment at risk. They’re endangering Minnesota’s declining moose population, water quality, and downstream communities. This toxic mine could poison the region for generations to come.”

The two other groups joining the lawsuit include Friends of the Boundary Waters Wilderness and the Minnesota Center for Environmental Advocacy.

In the filing, the groups claim the Corps violated the Clean Water Act and also the National Environmental Policy Act for not sufficiently soliciting public input in its deliberations.