Conservationists filed a lawsuit last week accusing the Trump administration of failing to protect eight rare species under the Endangered Species Act, including a population of red tree voles along the Oregon coast. 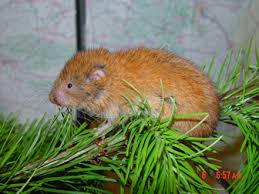 Red tree voles are considered the most arboreal mammals in North America.

A 2016 Forest Service study found that populations of the arboreal rodents have declined by 80 percent from historical levels along the northern Oregon Coast, which includes mainly private lands and forests managed by the state government.

That population was found to warrant protection under the Endangered Species Act in 2011. To date, however, that has not happened.

The lawsuit was filed Thursday by the Center for Biological Diversity and San Francisco Baykeeper.