The Forest Service will allow chainsaws to be used in two wilderness areas in Colorado this summer to clear beetle-killed trees that have fallen over trails. Critics say the move would violate the Wilderness Act, which prohibits motorized equipment in wilderness areas except for emergency situations. 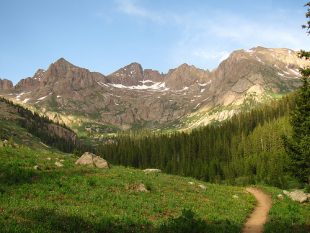 Agency officials said chainsaws will be used to clear trails in the Weminuche Wilderness, which is the largest in Colorado, and in the South San Juan Wilderness for up to six weeks.

In a news release, officials with the Forest Service Rocky Mountain Regional Office said the move “does not provide free rein to use motorized equipment in wilderness areas.”

Critics say that the inconvenience posed by downed trees does not rise to the level of an emergency and that the exception could set a precedent for the use of chainsaws and other motorized equipment in wilderness areas in the future.

Anne Dal Vera, who worked as a Forest Service wilderness ranger for 30 years, including 19 years on the San Juan National Forest, spoke against the plan in an interview with the Pine River Times.

“It’s a huge problem, but this is not an emergency that requires a huge effort with motorized equipment,” she told the newspaper.