A half dozen officials in President Trump’s Department of the Interior are under investigation for possible ethics violations, according to a Washington Post article published this week. All are accused of engaging with former employers or clients in their official capacities with the department. 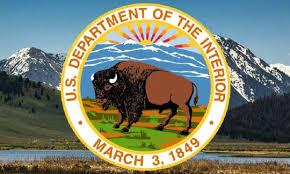 According to the Post article, the six Trump appointees include Assistant Secretary for Insular and International Affairs Doug Domenech, White House liaison Lori Mashburn and three officials with the Interior Department’s Office of Intergovernmental and External Affairs. The sixth official under investigation, Vincent DeVito, left his position as the department’s energy policy advisor last summer and now works for an offshore drilling firm.

Interior Department records indicate that Domenech had discussions on two occasions with the right-wing think tank Texas Public Policy Foundation, where he previously worked as director of an effort to oppose the Environmental Protection Agency’s Clean Power Plan.

Benjamin Cassidy, one of the other Interior officials under investigation, is a former lobbyist for the National Rifle Association. Interior Department records show that Cassidy contacted a NRA lobbyist about opening areas of Utah and Arizona managed by the Bureau of Land Management to recreational target shooting. BLM officials later opened the Sonoran Desert National Monument to shooting, a move supported by the NRA.

The latest revelations come about a week after the Interior Department Office of Inspector General confirmed that it has launched a probe into possible ethics violations by Secretary of the Interior David Bernhardt, a former lobbyist for the oil and gas industry.

In an April 15 letter to two Democrats who sit on the House committee that oversees the Interior Department, Deputy Inspector General Mary L. Kendall said her department is “continuing to gather pertinent information about the complaints and have opened an investigation to address them.”