The Forest Service has approved a Canadian firm’s plan of operations for a nearly $2 billion open-pit copper mine in the Santa Rita Mountains of southern Arizona. 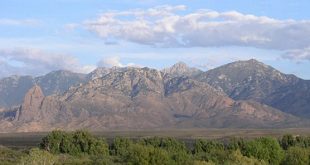 A Canadian company plans to dig a major open-pit mine in the Santa Rita Mountains of southern Arizona.

Toronto-based Hudbay Minerals Inc. plans to extract 112,000 tons of copper from the mine, as well as other minerals, over a span of nearly two decades.

Opponents of the project, which include a host of conservation groups as well as area tribes, say the mine would befoul local waterways, threaten Tucson’s water supply and result in a mile-wide pit filled with polluted water.

More than half of the proposed mine, which would cover more than 5,400 acres, would be located on the Coronado National Forest. A lawsuit challenging the project is pending, and the mine’s opponents have pledged further litigation.