Colorado Sen. Michael Bennet will introduce legislation this week that would create about 73,000 acres of new wilderness areas in the state and extend protection to about 400,000 acres.

Bennet’s legislation combines four bills that have previously been introduced in Congress. 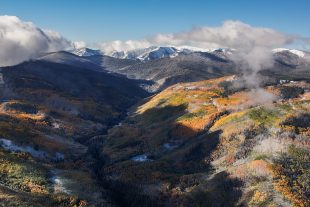 The bill, which Bennet, a Democrat, said was “certainly the most significant public lands proposal I’ve ever introduced,” would also permanently make oil and gas development off limits in the 200,000-acre Thompson Divide area in the central Colorado Rockies.

In recent years, both the Forest Service and the Bureau of Land Management have taken steps to protect Thompson Divide from oil and gas leasing.

The bill would also protect portions of the San Juan Mountains and areas along the Continental Divide in the White River National Forest.