In his first bill introduced as a member of Congress, Rep. Pete Stauber (R-Minn.) is pushing for a land exchange that could clear the way for a massive copper and nickel mine near Lake Superior in northern Minnesota. 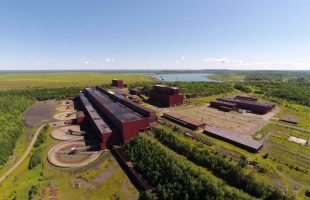 A Canadian mining firm would use an existing industrial site to process ore mined on land now managed by the Superior National Forest.

The Forest Service approved the swap two years ago. Conservationists promptly sued, saying the 528-acre mine would pollute the region’s waterways and destroy important habitat for Canada lynx and gray wolves.

“Like all Minnesotans, I treasure our state’s natural beauty,” Stauber said. “With 21st century technology, responsible mining and preserving the environment are not mutually exclusive. We can and must do both, and I am proud that my first piece of legislation will help unleash the economic engine in our state.”

Conservationists are also challenging permits issued to PolyMet by the Minnesota Department of Natural Resources.