A proposed $1.2 billion hydroelectric facility in the mountains of West Virginia is years from generating electricity, even if the company proposing it secures the necessary permits. But it is already generating criticism from conservationists, local residents and governmental officials who say it would befoul the Monongahela National Forest. 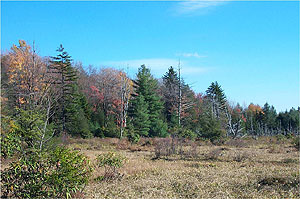 FreedomWorks LLC, based in Harpers Ferry, wants to construct two reservoirs, one of which would be adjacent to the Big Run Bog National Natural Landmark, which is part of the national forest.

Tim Williamson, CEO of FreedomWorks, told the Charleston Gazette-Mail newspaper that the project would not harm the Big Run Bog and that he plans to change the project’s name.

The firm has submitted a preliminary permit application to the Federal Energy Regulation Commission, one of several government agencies, including the Forest Service, which would have to grant permits for the project.

Last week, the conservation group Friends of Blackwater wrote FERC officials in opposition to the proposal, saying it “would be a blow to the critical and vulnerable local outdoor recreation, scenic, and heritage recreation economy.”

Other agencies, including the Forest Service, have also been critical of the proposal.

Jacob Harrell, hydropower coordination biologist for the West Virginia Division of Natural Resources voiced concerns about the project’s impact on the Big Run Bog in a letter to FERC.

“This area is a large wetland complex of great importance that would be irrevocably destroyed should the upper reservoir be allowed to be constructed on it,” Harrell wrote.