Faced with a growing backlog of maintenance projects on public lands, support may be growing for a “backpack tax” as a way to generate funds for cash-strapped public agencies. The idea is to place excise taxes on gear such as climbing equipment, outdoor wear, and, yes, backpacks.

In a lengthy article in the current issue of Blue Ridge Outdoors magazine, FSEEE Executive Director Andy Stahl speaks in favor of the proposal. For decades, hunters and anglers have paid substantial excise taxes on their equipment, while hikers and mountain bikers pay no such taxes. That, Andy argues, has given hunters and anglers far more clout in deciding how limited maintenance funds are used. 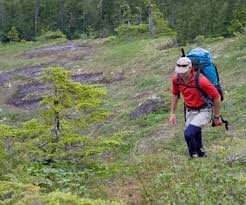 The Forest Service faces a $300 million shortfall just for trail maintenance, according to the article. The entire infrastructure backlog for the National Park Service exceeds $11 billion.

Two years ago, the Outdoor Industry Association and the National Wildlife Federation convened a panel to explore options for funding activities such as maintaining trails and campgrounds on national forests and other public lands.

That panel recommended using funds from fees paid by companies that mine or drill for oil and gas on public lands.

In the article, Andy criticizes that proposal, arguing that it creates a “perverse incentive” to sanction more mining and drilling on public lands. Also, the funding would not be guaranteed, meaning that lawmakers could shortchange the new fund, just as they have the Land and Water Conservation Fund.

“It just puts as back in the same old boat,” Andy says.