Forest Service officials in Montana have opened a 45-day objection period regarding a proposal to close about 63 miles of trails in the Bitterroot National Forest to mountain bikes. The trails are located in two wilderness study areas—places being considered for protection under the 1964 Wilderness Act. 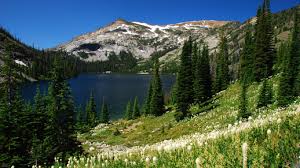 The move is in response to a June ruling by a federal judge concerning the Bitterroot National Forest’s travel management plan. Judge Dana Christensen ruled in favor of all aspects of the plan—but he determined that Bitterroot officials had not given the public opportunity to object to the decision to close the Sapphire and Blue Joint Wilderness Study Areas to mountain bikes.

The new objection period will last until November 19. Forest Service officials will consider objections from anyone—not just those who have already commented.

“It has come to our attention that there is still some confusion from the public regarding who may object,” Amy Fox, environmental coordinator for the Bitterroot National Forest, said on Tuesday. “In an effort to ensure a more open and transparent process we are clarifying this today and also restarting the objection period, to give people more opportunity to comment.”

After the objections are considered, the Bitterroot’s supervisor will decide whether to amend the travel plan to allow mountain bikes in the two wilderness study areas, or whether to leave the plan as is.