A plan to dig a copper and silver mine beneath the Cabinet Mountains Wilderness in northwest Montana took a step forward this week when Forest Service officials granted permission for the first phase of the project.

On Monday, Kootenai National Forest Supervisor Chris Savage signed a final record of decision that would allow RC Resources to dig an exploratory shaft to evaluate the extent of the ore body at the site. 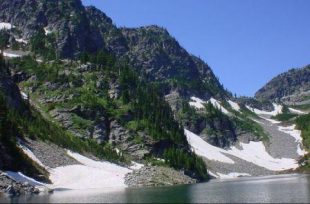 The Cabinet Mountains Wilderness was one of the first areas protected by Congress under the Wilderness Act.

Proposals to dig the Rock Creek Mine date back more than three decades. Rights to the ore beneath the wilderness area have changed hands several times since.

“This is an important first step in moving forward with this project,” Savage said. “This project has been in the planning phase for a long time and I am happy to issue the decision to start the first phase of this project.”

RC Resources still needs Forest Service approval of a plan of operations before it can begin digging the mine, which could be in operation for more than 30 years.

However, no work at the proposed Rock Creek Mine is expected to begin until company officials resolve legal issues with Montana regulators.

Officials with the Montana Department of Environmental Quality say Baker formerly was chief financial officer for Pegasus Gold Corporation. That firm went bankrupt in 1998, leaving the state with a tab of several millions of dollars to clean up pollution at three mining sites.

Conservationists contend the Rock Creek Mine would degrade the Cabinet Mountains Wilderness by lowering the water levels of alpine lakes and harming grizzly bears and bull trout, which are both protected under the Endangered Species Act. And, they say, it would pollute the Clark Fork River, which feeds Lake Pend Oreille in Idaho.