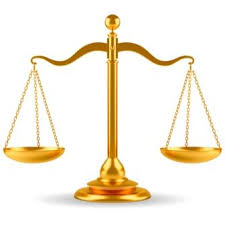 Dwight Hammond and his son, Steven, were sentenced to a mandatory minimum prison term of five years after a 2012 arson conviction. The two were accused of setting fire to federal land on two occasions. Federal prosecutors say the pair set the first fire to destroy evidence of a deer they had poached.

After their conviction, federal judge Michael Robert Hogan, who was sympathetic to the two, gave them a lesser sentence on his last day on the job before retiring. Federal prosecutors appealed Hogan’s action and won. The Hammonds were again sentenced to the mandatory minimum of five years.

That prompted Ammon and Ryan Bundy, and a group of supporters, to raid and occupy the wildlife refuge south of the city of Burns. They claimed the Hammonds were the victims of federal overreach.

In a statement released today, White House press secretary Sarah Huckabee Sanders said the evidence that led to the Hammonds’ conviction was uncertain.

“The Hammonds are devoted family men, respected contributors to their local community, and have widespread support from their neighbors, local law enforcement, and farmers and ranchers across the West,” Sanders said. “Justice is overdue for Dwight and Steven Hammond, both of whom are entirely deserving of the Grants of Executive Clemency.”

The Hammonds have a long history of conflicts with federal land managers.

Two years ago, Forrest Cameron, who served as manager of the Malheur from 1989 to 1999, told the news website The Raw Story that the Hammonds made death threats to his predecessor. When Cameron was manager, the Hammonds had permits to graze cattle on the refuge. Cameron said they violated the terms of their permits repeatedly.

In 1994, federal workers tried to build a fence around a watering hole that the Hammonds’ cattle had used. The Hammonds disabled government equipment to prevent construction of the fence. They were arrested and charged with impeding, intimidating and interfering with federal officers.

Cameron said that prior to the fence incident, the Hammonds made death threats against him and his wife, as well as to two other refuge employees and their families.

“My wife would take these phone calls, it was terribly vulgar language,” Cameron told The Raw Story. “They said they were going to wrap my son in barbed wire and throw him down a well. They said they knew exactly which rooms my kids slept in.”

Cameron’s family moved to Bend, a larger town more than 100 miles away. The families of other Malheur employees also relocated for a time, Cameron said.