A former Colorado state forester with an extensive background in wildland firefighting is Donald Trump’s pick to oversee the Forest Service as Undersecretary for Natural Resources and Environment.

James Hubbard served as Colorado’s top forester from 1984 to 2004. He then accepted a position as director of the Department of Interior’s Office of Wildland Fire Coordination, according to a news release from the National Association of State Foresters. Two years later, he was named the Forest Service’s Deputy Chief for State and Private Forestry, a position he held until his retirement in January 2017. 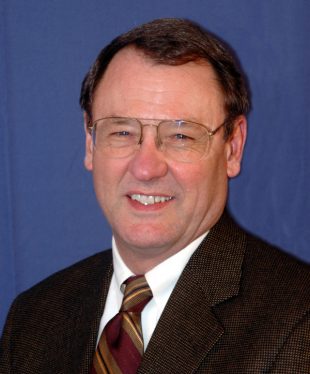 In an interview with the website treesource.org shortly after his retirement, Hubbard emphasized the need for greater public understanding of wildfires and the ways in which they are managed.

“You’ve got to explain things in a way that private citizens have some understanding of what might happen and of what kind of decisions fire officials might make,” he said. “It all starts right in that local community, with well-informed decision makers and a well-informed public.”

Firefighting now accounts for more than half of the Forest Service’s budget—a percentage that has risen steadily over the past two decades. During the treesource.org interview, however, Hubbard argued that the agency should retain its core identity as a manager of public land.

“I think the Forest Service needs to continue to be a land management agency that fights fire, not a Fire Service that manages land,” he said. “We’re not just a fire department.”

Hubbard’s nomination for the undersecretary post comes a little more than a month after Vicki Christensen was appointed to the position of interim chief of the Forest Service. Her appointment came days after former chief Tony Tooke resigned amid allegations of sexual misconduct.