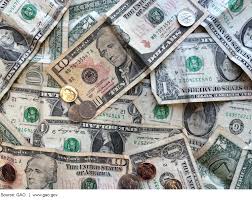 You know the authoritarians are in charge when firefighters and cops get more money and everyone else gets less. That’s the bottom line in Trump’s FY 2019 Forest Service budget, which was released earlier today.

Many dismiss the administration’s annual budget exercise because Congress makes the final appropriations decision. But the budget reflects the administration’s philosophy and priorities. It guides how political appointees view public lands and the role of government in their management. In this respect, the proposed Forest Service budget is a caricature of the Trump administration.

Firefighting, already enjoying the lion’s share of spending, gets an 8 percent boost, which would move it from 41 percent to 53 percent of Forest Service discretionary spending. With the agency’s entire discretionary budget slated for a 16 percent cut, something else has got to give … and give and give and give. The biggest losers are Capital Improvement and Maintenance, i.e., taking care of roads, bridges, buildings and campgrounds, which drops 74 percent, from $362 to $95 million. State and Private Forestry gets a 19 percent haircut and Research is slashed by 15 percent. Timber, which drops 6 percent, isn’t exempt from the chopping block either. Perennial poor mouth Recreation & Wilderness is cut 9 percent.

What goes up? Law enforcement by 2 percent. Marijuana growers beware!