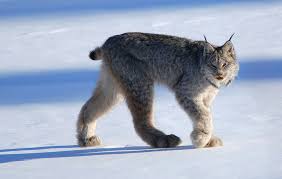 The Trump administration is taking steps to remove Canada lynx from the threatened and endangered species list, despite a 2016 analysis by the U.S. Fish and Wildlife Service that found the cats will disappear from much of their range in the contiguous U.S. by the end of the century if they are not protected.

In the last weeks of the Obama administration, the U.S. Fish and Wildlife Service released an analysis stating that the snow-dwelling felines are vulnerable to climate change and other factors.

“(W)e believe it is very unlikely that resident lynx populations will persist through the end of this century in all of the geographic units that currently support them,” that report concluded.

Earlier this month, however, the agency released a revised report stating that lynx are “very likely” to survive in the five slices of habitat where they currently live in the lower 48 states “in the near-term.” The agency defined “the near-term” as the next seven years.

The new analysis also asserts that lynx are likely to survive in “all or most” of the places they currently live by 2050. The report was released just days before a court-imposed deadline for the Fish and Wildlife Service to complete a recovery plan for lynx in the contiguous U.S.

In a news release, the Fish and Wildlife Service said the decision “is the result of an extensive review of the best available scientific information.”

Conservationists were quick to dismiss the claim.

“This is a political decision—pure and simple,” said Matthew Bishop, an attorney with the Western Environmental Law Center. “This administration is throwing science out the window. The best science tells us that lynx are worse off than they were when originally listed in 2000.”

Scientists believe fewer than 2,000 lynx remain in the lower 48 states. Lynx once were found in 25 states. Today, they live in just seven states—Maine, Minnesota, Colorado, Montana, Idaho, Washington and Alaska.