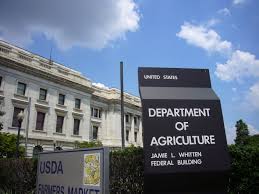 Secretary of Agriculture Sonny Perdue delivered another message to his employees yesterday, emphasizing that his “OneUSDA” initiative will entail changes that “may be drastically different than the old ways of doing things.”

Three days ago, the Office of the Secretary sent out an all-employee email with a link to a YouTube video in which Perdue said that the individual offices and agencies in the department, including the Forest Service, would begin referring to themselves as “OneUSDA.”

In his latest message, Perdue listed four directives, but provided few details about them.

The first is to “restore sanity and common sense to a cumbersome, labor-intensive, and costly departmental directive review process.” The others include enhancing an awards and recognition program “so that we can properly celebrate our accomplishments;” amending the department’s “telework” policy; and reviewing a “wide array of directives…to create policies and processes that are transparent and consistent for the employee, the supervisor, and the American citizen.”

In his Tuesday message, Perdue said that Department of Agriculture offices and agencies, including the Forest Service, would begin referring to themselves as OneUSDA in the “days, weeks, and months ahead.”

“So from today forward,” Perdue said, “you will hear all of our USDA leadership, from the Office of the Secretary on down, begin to refer to us as OneUSDA. Not as APHIS or as the Forest Service, not as Rural Development or of FAS, not as distinct agencies sitting in the same office, like FSA, RMA, or NRCS.”

Yesterday, an official with the Department of Agriculture’s Office of Communications contacted FSEEE and said that the Forest Service and other agencies in the department would continue to use their current names. The official requested anonymity.

“I understand why people are misinterpreting that,” the official said. “The Forest Service is going to still be called the U.S. Forest Service.”

In yesterday’s message, however, Perdue made no mention of the Forest Service, or of possible name changes for agencies within the Department of Agriculture. He described the four intiatives as “just the start.”

“I hope that you will join me and approach this change as something exciting,” Perdue said, “something that reorients our mission, and something that helps us to be OneUSDA.”

In both videos, Perdue delivers a “Happy New Year” greeting to his employees. But according to YouTube, both videos were uploaded on December 21.