A new study refutes the notion that state agencies have priority for managing wildlife on federal lands. 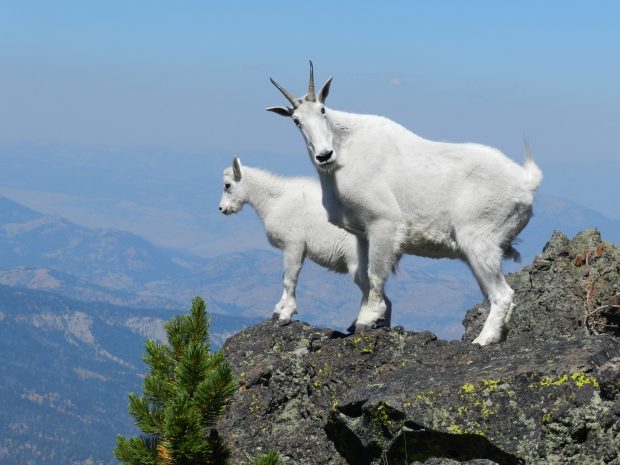 An exhaustive law review article that was commissioned by the Forest Service refutes the widely held belief that states control wildlife within their borders and federal land managers control only the habitat.

The article, titled Fish and Wildlife Management On Federal Lands: Debunking State Supremacy, dismisses the notion as “a myth.”

“The myth is not only wrong from a legal standpoint but it leads to fragmented approaches to wildlife conservation, unproductive battles over agency turf, and an abdication of federal responsibility over wildlife,” the article reads.

In June, a draft of the paper was posted on the website of the University of Montana’s Bolle Center for People and Forests.

Five days after it was posted, John Phipps, director of the Forest Service’s Rocky Mountain Research Station, asked the University of Montana’s Dean of College of Forestry and Conservation, Tom DeLuca, to remove the report. DeLuca declined to do so.

Later that month, Phipps wrote a letter to University of Montana officials saying that the agency was terminating its two-year contract with the Bolle Center and its director, Martin Nie, the paper’s lead author.

A back and forth ensued between Nie and Forest Service officials, with the professor asking agency officials to explain why they were terminating the contract.

On June 27, Phipps wrote to Nie, saying he wasn’t accusing him of failing to carry out his obligations under the contract. “Rather at the time the decision was made to terminate the agreement, the Forest Service simply had not seen the results of any research or content of any draft or final work product,” Phipps wrote.

Nie answered back: “On what basis would you ask that the article be taken offline if the agency had not yet seen it?”

The last communication Nie says he received from the agency came on August 30, from Forest Service Deputy Chief for Research and Development Carlos Rodriguez-Franco.

“The concerns which led to the termination,” Rodriguez-Franco wrote, “arose when a draft article, with a provocative title challenging state legal authorities, was placed on a public website without prior substantive comment from the Forest Service.”

The paper remains posted on the center’s website. Nie said this week that it is on track for publication next month in the journal Environmental Law, which is published by the Lewis & Clark Law School in Portland.

Nie said he worries that the controversy generated by the Forest Service’s attempt to quash the paper will distract from the article’s main message: That the federal government holds far more legal authority in managing wildlife on federal lands than many assume.

He said he and five coauthors took great pains to thoroughly research the subject when preparing the paper, which is 126 pages long.

“We knew that it would be controversial going into it and that’s why we put together such a stellar research team and took such a long time,” Nie said. “This is not a subjective piece for us. This is what the courts and regulations say.”

The article does not mince words in emphasizing its core conclusion.

Nie and his coauthors wrote that “federal land management agencies have an obligation, and not just the discretion, to manage and conserve fish and wildlife on federal lands, contrary to the myth that ‘the states manage wildlife, federal land agencies only manage wildlife habitat.’ We found this mantra repeated throughout our study and it was commonly made by state and federal agencies in multiple cases and contexts. The myth must be debunked, not only because it is legally deficient, but also because federal lands are significant reservoirs of biodiversity and will become even more significant in the future because of the rapid pace of development on non-federal lands.”

Before posting the paper, Nie said, he and his coauthors debated at length about whether to change the title. They ultimately agreed it was an accurate characterization of the paper’s conclusions.

Nie noted that he and other members of the University of Montana faculty have had an “excellent relationship” with the Forest Service over the years. However, he voiced doubt about whether he will have opportunities to collaborate with the agency on future projects.

Officials from the Forest Service’s Rocky Mountain Research Station did not return a call seeking comment.

Nie praised the University of Montana administration, particularly DeLuca, for standing up for his academic freedom of speech.

Controversies over management of game animals and the predators that stalk them have played out repeatedly across the West in recent years.

Early this year, a federal judge ruled that the Forest Service violated federal law by allowing the Idaho Department of Fish and Game to conduct more than 100 helicopter landings in the Frank Church-River of No Return Wilderness in Idaho. State wildlife officials also placed radio collars on four wolves during that operation.

The judge ordered state wildlife officials to destroy any data obtained from the illegally placed collars.