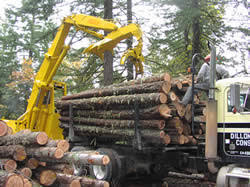 The first months of the Trump administration brought plenty of setbacks for conservationists.

But much more serious threats loom in the weeks and months to come.

Congress is considering a host of Orwellian-named bills that would fundamentally weaken the nation’s bedrock environmental laws. If enacted into law, the legislation could abruptly end the nation’s decades-long march toward protecting wild places and the species that depend upon them.

The authors of the bills seem to be reading from the same script. They say reform is needed to allow “active management” of national forests and other public lands, to minimize the risk of “catastrophic” wildfires.

Laws such as the National Environmental Policy Act and the Endangered Species Act, they say, are preventing the Forest Service and other land-management agencies from doing the work that needs to be done to restore forests that have grown unnaturally dense.

“We must ensure our land management agencies have the tools and resources they need to protect communities and landscapes from catastrophic wildfire,” Bishop said. “Over the long term, Congress and the Administration must work together to reverse the sorry state of our federal forests and grasslands. I’m heartened to finally have an Administration that’s focused on actively managing and addressing the on-the-ground conditions that are contributing to our historic wildfire crisis. I hope to build on this by enacting comprehensive legislation to restore the health and resiliency of federal lands.”

The prospects for individual pieces of legislation to become law, while unclear, are much brighter with Trump in the White House. Another route would be for legislators to tack provisions in the bills to broader pieces of legislation, such as a farm bill or a defense appropriations bill.

Here’s a summary of a few of the bills most worrisome to conservationists:

Westerman, who holds a forestry degree from Yale, likes to describe himself as the only professional forester in Congress. The implication is that he has the expertise to know how national forests should be managed.

His bill would strike at the heart of the National Environmental Policy Act, the 1970 legislation that requires the federal government to undertake environmental impact reviews before undertaking major projects.

H.R. 2936 would exempt the Forest Service from conducting NEPA reviews for logging projects as large as 30,000 acres. It would undermine the Endangered Species Act, as well, by allowing the Forest Service to forego studying a project’s impact on protected species if the agency determines that an action “is not likely to adversely affect a listed species or designated critical habitat.”

It would also curtail the ability of citizens and interest groups to mount legal challenges against logging projects on national forests, instead requiring logging opponents to enter a binding arbitration process. The law stipulates that arbitration must be concluded within 90 days.

Like H.R. 2936, Thune’s legislation would greatly diminish NEPA authority. It would allow the Forest Service to undertake logging projects as large as 10,000 acres without first conducting a thorough environmental review. Instead, the agency would be allowed to issue categorical exclusions.

Categorical exclusions, which are currently allowed for only minor projects, could also be issued for any project that purports to “improve” wildlife habitat. They would also be allowed for any logging project designed to create “early seral habitat,” which would include clearcuts.

The bill also provides for categorical exclusions for logging stands of trees that have been recently killed by wildfire, disease, insects or other large-scale disturbances. Studies show that stands of dead trees provide critical habitat for a wide variety of wildlife.

S.1731 would also limit the ability of ordinary citizens to challenge Forest Service projects by establishing a pilot arbitration program.

This bill would require the Forest Service to set and meet annual quotas for “restoration” of national forest lands. The minimum amount would be an annual total of 1 million acres of “mechanical treatments” and 1 million acres of prescribed burning.

In essence, Barrasso’s bill would require the Forest Service to prioritize logging over other uses of national forests. The bill stipulates that at least 60,000 acres of the annual logging must be done under “even-aged management” practices; i.e., clearcutting.

The bill also mandates that any environmental review of clearcutting or thinning projects must be completed within 180 days, and must be no more than 100 pages long.

Like the other proposed bills, Barrasso’s would sharply curtail the ability of citizens and groups to challenge logging projects in court. No litigation would be permitted for certain restoration projects, including ones called for by designated “collaboration” groups, or ones identified in community wildfire protection plans.

The bill would require anyone who does file a lawsuit challenging a logging project to post a bond equal to the estimated cost incurred by the Forest Service in defending itself in court. That money would only be returned if the plaintiff prevailed.

The bill also allows the Forest Service to issue categorical exclusions for logging projects as large as 15,000 acres and for salvage logging after wildfires or other natural disturbances.

The proposed legislation is being championed by groups such as the Heritage Foundation, which supports transferring land currently managed by the Forest Service and other federal agencies to state or private interests.

“While Congress should pursue opportunities to reduce the size of the federal estate, the Federal Land Freedom Act is a significant step toward better management of America’s lands and natural resources,” the group wrote in a report summarizing its view of the bill.

The legislation specifically exempts states from having to comply with NEPA or the Endangered Species Act when leasing, permitting and regulating oil and gas projects on federal lands.

This bill would essentially overturn a recent court decision that requires the Forest Service and other federal agencies to reconsider land management plans after new species are listed for protection under the Endangered Species Act, or when critical habitat is designated for species protected under the act.

In 2015, the 9th Circuit Court of Appeals ruled in favor of the Cottonwood Environmental Law Center, which sued the Forest Service after new critical habitat was designated for Canada lynx.

The judges ruled that the Forest Service must consult with the U.S. Fish and Wildlife Service and the National Marine Fisheries Service after such designations are made, to determine whether its existing management plans offer sufficient protections for threatened and endangered species.