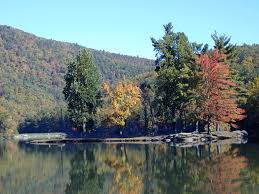 A coalition of conservation groups is challenging a draft Forest Service decision to allow a Virginia energy company to build a $5 billion, 600-mile-long natural gas pipeline that would cross two national forests.

The Forest Service issued its draft decision in July. Yesterday, pipeline opponents including the groups Wild Virginia and Heartwood issued a formal objection to the decision.

Richmond-based Virginia Dominion Energy wants to build the Atlantic Coast Pipeline to bring natural gas from West Virginia to highly populated areas in Virginia and North Carolina. The proposal has the backing of Virginia Gov. Terry McAuliffe, a Democrat.

About 21 miles of the pipeline would cross portions of the Monongahela and George Washington national forests.

In announcing their objection, pipeline opponents accused Forest Service officials of flip-flopping. Before issuing the draft decision, much of the agency’s input on the proposal expressed skepticism that it could be constructed without risking serious environmental damage.

Pipeline opponents say Dominion and its partner, Duke Energy, did not participate in the seven-year process of developing a new management plan for the George Washington National Forest, even though the companies were developing plans for the pipeline to cross the national forest.

That plan was adopted in 2014, It would be amended to accommodate the pipeline, according to the draft decision, as would the Monongahela National Forest’s management plan.

“The Forest Service has disregarded seven years of work and thumbed its nose at the entire forest plan to pave the way for the most damaging proposal that Virginia’s forests have ever seen,” said Ernie Reed, president of Wild Virginia.

Pipeline opponents called for a formal investigation into the Forest Service’s change of heart regarding the pipeline.

“The stark contrast of Forest Service filings before the draft record of decision demonstrates a breech in agency procedure which should be scrutinized by senate and congressional committees,” said David Sligh, Wild Virginia’s conservation director. “We are making this request for an investigation today to Virginia’s senatorial and congressional delegation.”