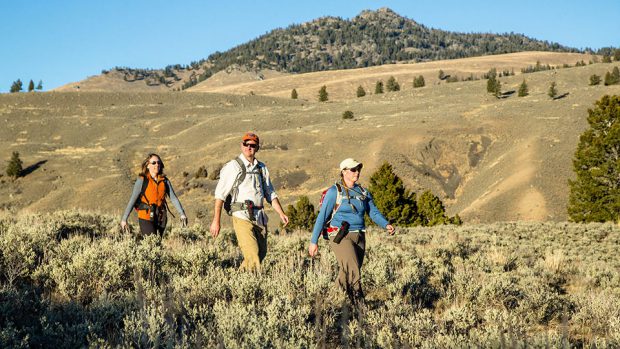 The question of whether states should be given management responsibilities for federal lands raises impassioned arguments over the best use of wide swaths of the American West.

Often lost in that debate is little-noticed research that has serious dollars-and-cents implications: Rural counties in the West with lots of federal land have done much better over the past half century than rural counties with relatively little federal land.

Recent findings released by the nonpartisan Montana-based research group Headwaters Economics show that since 1970, those counties with the most federal land have far outpaced those with the least on a number of key economic indices.

Employment in counties with the most federal land increased by 157 percent over that timeframe compared to a 51 percent increase in those with the least federal land.

Growth in per capita income was more even but still weighed in favor of the counties with more federal land, 61 percent to 57 percent.

Headwaters researchers examined data from 276 counties in 11 western states. None of those counties contain metropolitan areas.

The large majority of westerners live in cities. Just 8 percent of the region’s residents live in non-metropolitan counties. But those counties account for more than three-quarters of the region’s total area.